Landry's Triathlete Tips are prepared by Brett Nichols, a former Landry's staff member, and local Landry's customers Carolyn Pfalzgraf & Brian MacIlvain who all compete in the sport of triathlon. We hope you find these posts helpful and inspiring. 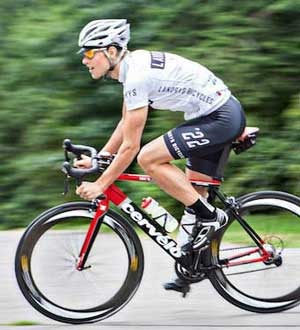 Brett Nichols:  With more than 10 years of experience training and racing both cycling and running and 20 years as a swimmer, Brett is a wealth of knowledge and experience on "all things triathlon," and he's eager to share what he has learned. While working at Landry's Boston store, Brett he earned his elite triathlon license and has competed as a professional ever since. As Brett says in his story about why he rides and competes: "I LOVE to go fast!" 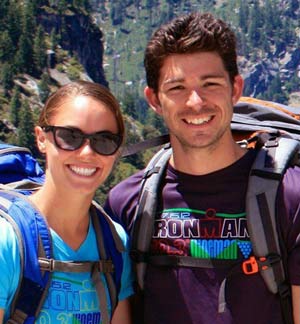 About Carolyn and Brian

Carolyn Pfalzgraf was a recreational runner for several years before discovering triathlon. Over the past three years, she's gone from casually riding a mountain bike at low key sprints to racing at the Ironman and Half Ironman World Championships. After a successful 2014 season, which included a number of overall wins and podiums, she is taking the plunge and racing as a professional for the 2015 season. Carolyn knows how success in triathlon requires not just hard work, but insight and guidance from experts and other experienced athletes, so she is grateful to be sharing the tips and tricks she's picked up along the way.

Brian MacIlvain was a collegiate and post-collegiate competitive runner turned triathlete. He has nearly six years of experience racing, along with three years of coaching under his belt. In 2013 he shifted his focus from non-draft Olympic and Sprint distance racing to the Half Ironman distance, and after a successful 2014 season is racing as a pro in 2015. Always busy, Brian works full-time for a consulting firm and shares the challenges of balancing family, work, training, and racing.