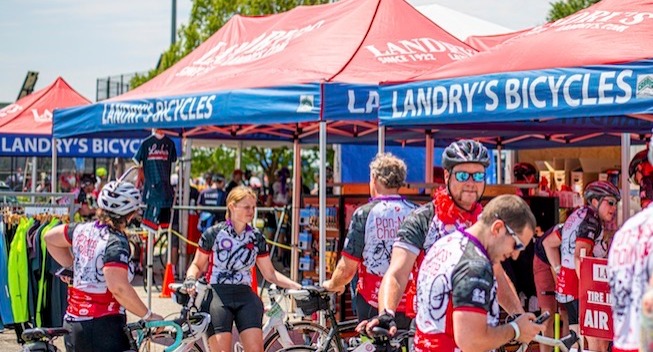 Landry's Support Team worked at the Pan-Mass Challenge all weekend in Sturbridge, Wrentham, and Bourne, providing technical support to PMC riders. Landry's also exhibited at the PMC Health and Sports Expo inside the Sturbridge Host Hotel.

View more photos from the 2019 PMC on Landry's Facebook album. 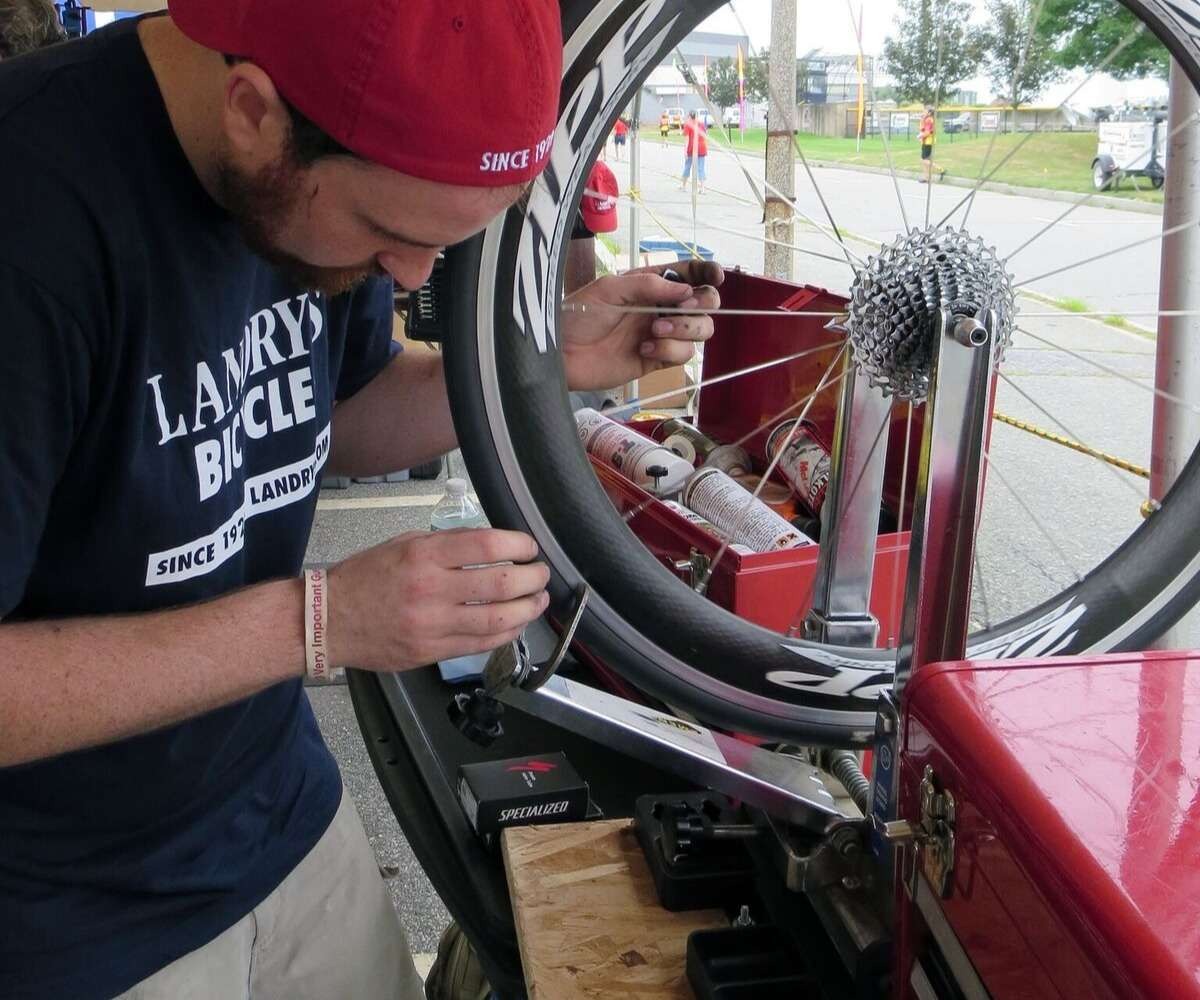 For the best experience, we suggest that you get your bike professionally tuned-up before the PMC, preferably a month to a few weeks before the event. You might also be interested in Landry's Bike-Fitting services to gain more ease, comfort, and power on your bike.

Watch this video for an overview of Landry's Group Rides.

Train for the PMC with Landry's!

Landry's Group Rides are a great way to stay in shape, meet new friends, and train for an upcoming event like the Pan-Mass Challenge.

Landry's Bicycles is honored to sponsor the PMC

"The PMC is more than just a bike ride," says PMC founder and executive director Billy Starr. "It is a community of people with one unifying mission:  raising money for cancer research." 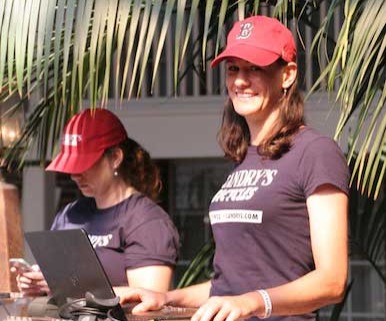 Landry's staff at the PMC Expo in Sturbridge. 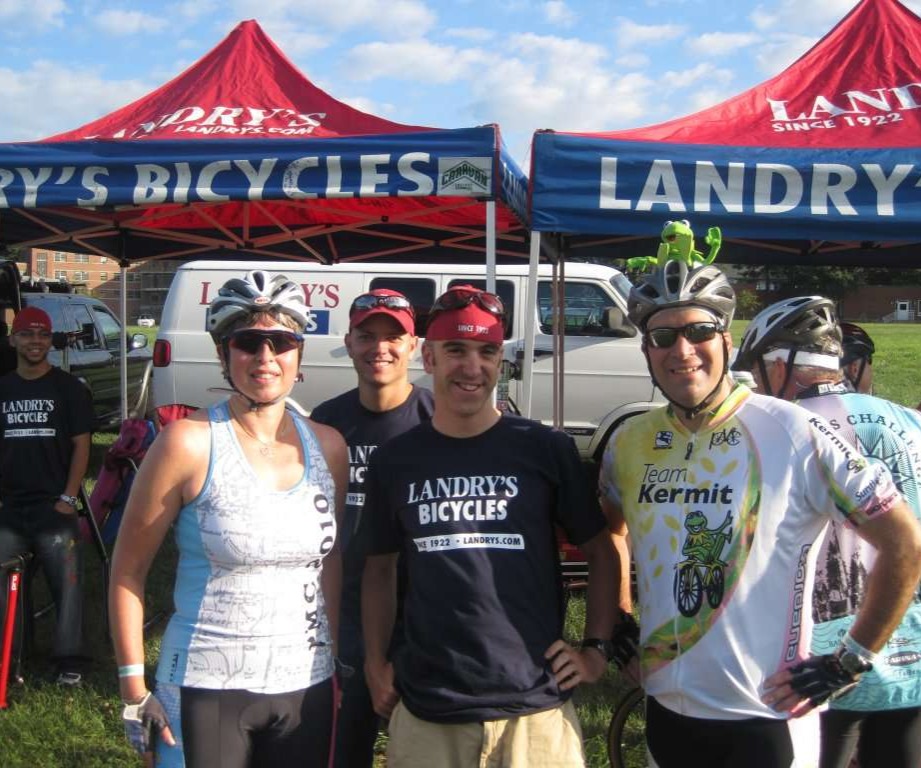 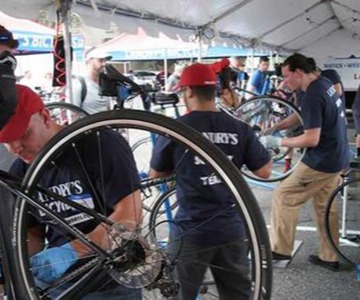 BOSTON, MA — The Pan-Mass Challenge, the nation’s most successful athletic fundraising event, has signed Landry's Bicycles as its lead bike-shop sponsor. Landry's Bicycles will support the efforts of more than 5,000 cyclists who will ride up to 190 miles in the PMC to raise millions of dollars for cancer research and treatment at Dana-Farber Cancer Institute through its Jimmy Fund.

"Many of our customers ride the PMC every year,” says longtime Landry’s co-owner Tom Henry. “It’s an honor for Landry’s to become more involved with such a wonderful event and a great cause like the PMC, and we’re really looking forward to it."

Landry’s Bicycles will sponsor the Pan-Mass Challenge through the company’s extensive Charity Ride Support program. In addition to helping to promote the PMC to local cyclists, Landry’s stores will provide mechanical staff support and spare parts during the event in early August at both the starting location in Sturbridge and the overnight stop at the Massachusetts Maritime Academy in Bourne.

"Landry’s has been a long-time supporter of the PMC,” says PMC founder and executive director Billy Starr. "We are grateful for their stepped-up support and are happy to welcome them officially to the PMC team."

The PMC is a pioneer in the athletic fundraising event industry and today raises more money for charity than any other in the country.  Since 1980, the Pan-Mass Challenge has raised and contributed more than $300 million to cancer research. (As of 2019, the PMC's fundraising total is now more than $700 million.) For more information about the PMC, visit www.pmc.org.

Founded in 1922, Landry's Bicycles is now nationally rated as one of "America's Best Bike Shops" — with a growing family of bicycle stores located in Boston, Braintree, Charlestown, Natick, Newton, Norwood, Westborough, and Worcester, Massachusetts. The company’s website address is www.landrys.com.