We look forward to welcoming you at our new and larger location in Westborough!

Landry's Westboro store has moved to this larger location on Route 9 Eastbound.

Landry's Westboro store moved to a much larger location in mid-September 2021. We have not gone very far — just a few miles down Route 9 Eastbound to 78 Turnpike Road, still in Westborough and closer to the Route 495 interchange.

The new store occupies 20,000 square feet of space in a standalone building with a dedicated parking lot. The company has signed a long-term lease for the new Westboro store location. 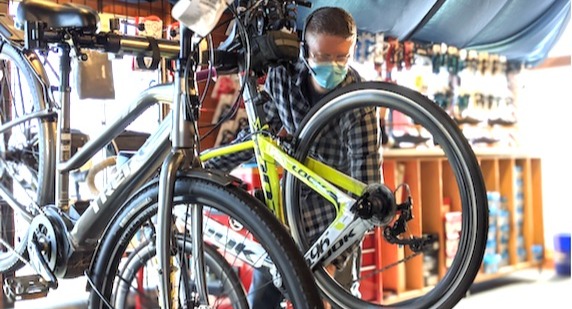 Looking forward to our new "home" in Westboro

"We're really excited about our new Landry's home," says Russ Coates, Landry's Westboro store manager. "Our new store will be bigger and better than ever. It's going to be awesome to have so much more space to serve our customers even more effectively. Having more inventory available will provide faster turnaround times for our customers buying bikes and gear. With more of Landry's office, receiving, and bike-assembly staff moving to the new location, we're also looking forward to having a more diverse workplace in Westboro."

Russ Coates has worked with Landry's for more than 20 years.

Our employee-owned company is growing! Join Landry's store team and help us get more people on bikes. Prior bike-shop experience is always helpful, but we will hire and train good people.

We have moved:  Landry's Westboro store is now located at 78 Turnpike Road, Westborough. We look forward to welcoming you at our new Westboro location the next time you visit.

Ranked as one of America's top bike shops

Landry’s Bicycles has been named one of America’s Best Bike Shops by the National Bicycle Dealers Association again this year. In addition to providing great shopping experiences, America’s Best Bike Shops are rated on community service as well as support for bicycle advocacy both locally and nationally. "We believe in giving back to the community, and we are actively involved with advancing safer bicycling conditions," stated Jack Johnson, Landry’s marketing director. "Everyone at Landry’s is thrilled to receive this national honor, and we thank all our customers and business partners for making this recognition possible." 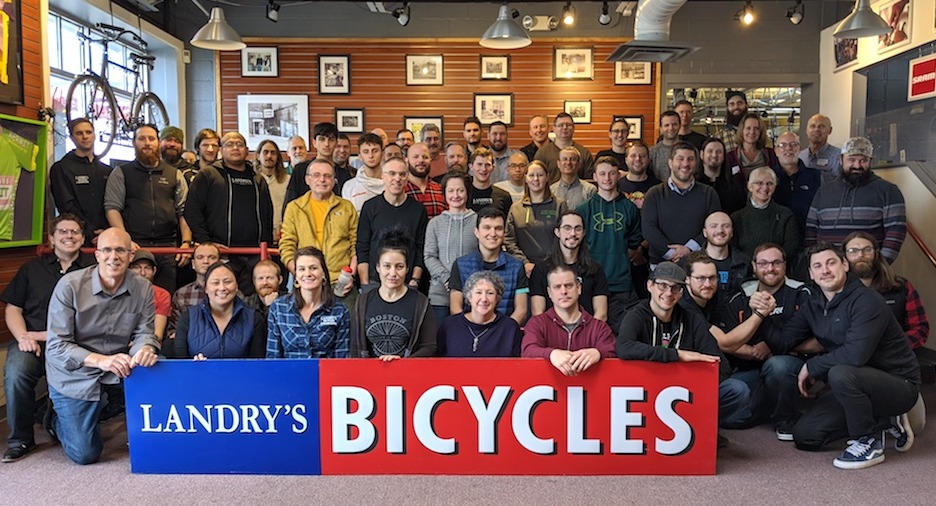 Founded in 1922, Landry's Bicycles is now ranked as one of America’s leading bike shops, with a growing "family" of bicycle stores located in Boston, Braintree, Natick, Newton, Norwood, Westborough, and Worcester, Massachusetts. Starting in 2010, Landry's ownership transitioned to an ESOP (employee stock ownership plan), and all core staff now own shares in the company. As co-owners, Landry's staff have a vested interest in collaborative teamwork and exceptional customer service. The company will be celebrating its centennial anniversary next year.