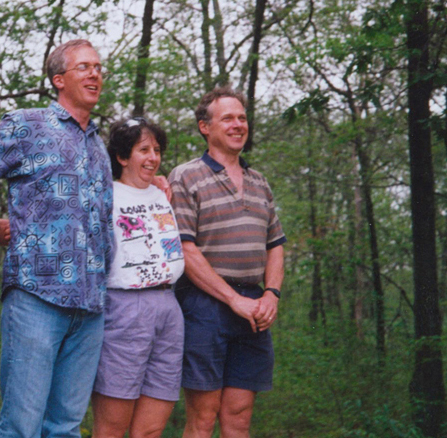 It is with heavy hearts that we share the news that Jeanne Henry passed away on October 15, 2013, after a courageous 23-year fight with cancer. Jeanne was a longtime co-owner of Landry's Bicycles along with her husband Peter and brother-in-law Tom Henry. She was 57.

After her long 23-year fight with cancer, Jeanne Henry passed away late last night at her home. She was in the loving care of her family when she died. As most of you know, Jeanne reluctantly retired from Landry's, the company that she loved so much, last October 2012.

Thank you for the love and support that you have shown during this challenging year.

Jeanne is survived by her husband Peter, her daughters Jennifer and Becky and their families, her grandchildren Maggie and Spencer, her mother Alice, as well as her extended family, friends, and her dog Holly.

An obituary appeared in the Boston Globe and other local newspapers. 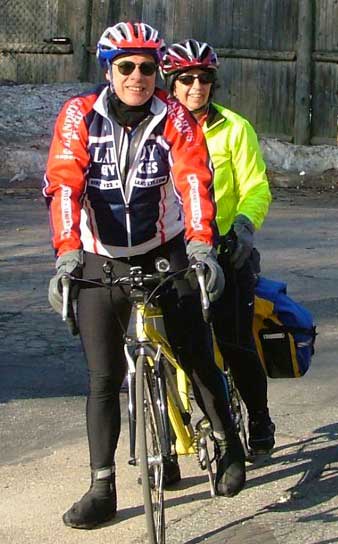 Landry's has lost a longtime co-worker, friend, cheerleader, and "company mom." Jeanne loved her work at Landry's, and we will remember her always.

Jeanne first met her husband, Peter Henry, in 1974 while he was working at Landry's bike shop. They married in 1976, and Jeanne quickly became involved in all aspects of Landry's business. For more than 35 years, Jeanne worked tirelessly to help run and build Landry's business.

Jeanne's love of Landry's will live on for generations to come. Starting in 2011, Landry's ownership transitioned to an ESOP (employee stock ownership plan), and all core staff now own shares in the company as part of their long-term retirement benefits. Peter and Tom Henry also remain actively employed with the company.

Photo:  Peter and Jeanne enjoyed bike-commuting to work at Landry's Natick office on their tandem.

Family and friends attended a memorial service in celebration of Jeanne's life on Saturday, October 26, 2013, at the First Congregational Church in Sharon, MA.

If you wish, charitable donations may be made in Jeanne Henry's memory to your choice of the Massachusetts Audubon Society, Massachusetts Bicycle Coalition (MassBike), or Seeing Things Whole.

If you would like to remember Jeanne with comments, condolences, or photos, you can e-mail RememberingJeanne@landrys.com. We will share your message with Jeanne's family and Landry's employees. 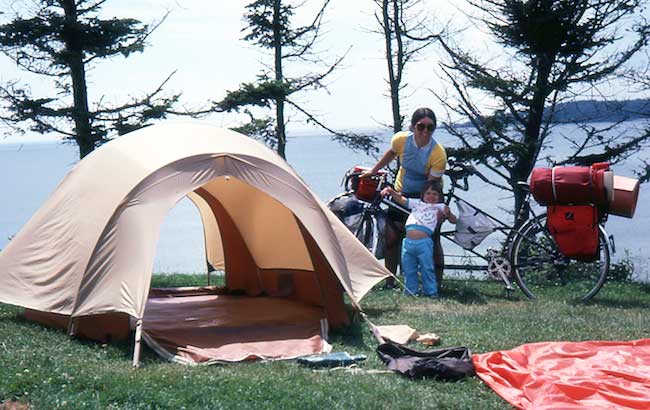 Jeanne Henry with her young daughter Jennifer in the early 1980s — on a self-contained bike and camping tour in New Brunswick. 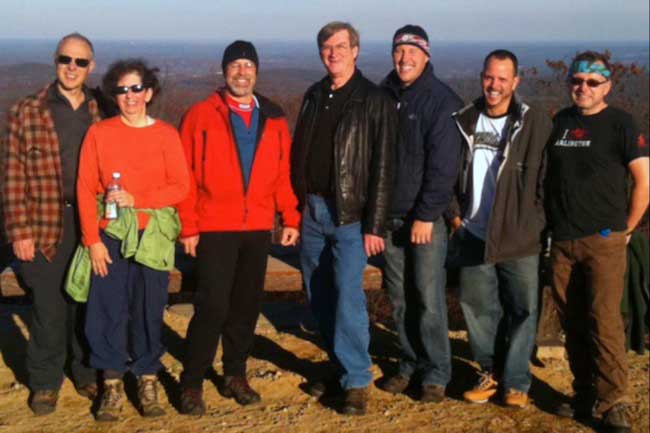 Peter and Jeanne Henry (left) — hiking on Mount Wachusett with other members of Landry's management team.